Monday To Sunday: How The Days Of The Week Got Their Names 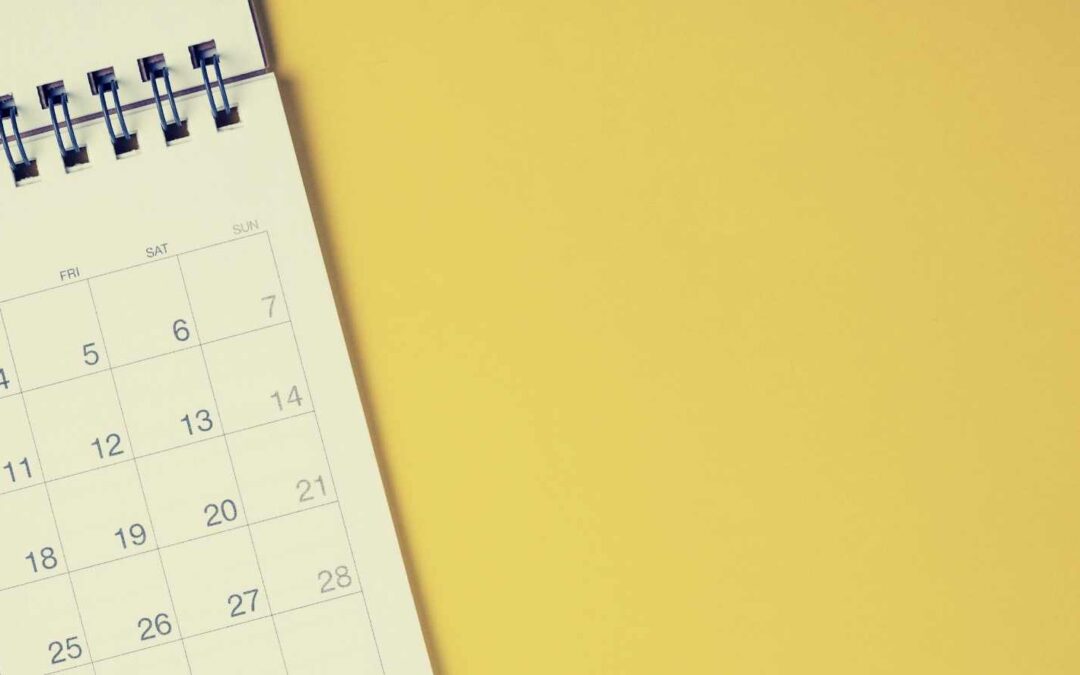 These days, it seems most of us are wired to think that Monday means “back to work”, and Friday is just a word needed to complete the expression “TGIF”. But have you ever really stopped to think about where the days of the week got their names?

It began with a calendar.

The Babylonians were the first group of people to put together a weekly 7 day calendar. They based this calendar on the phases of the moon, as 7 days is the amount of time it takes for the moon to transition between each phase. The Babylonians knew that the cycle of the moon was 29.53 days, and so they added one or two days to the last week of every month.

As time went by, it’s believed that the calendar was passed on to the Jewish people during their exile to Babylon. After all, when the Bible’s Book of Genesis was written around 500 B.C., the account of creation takes place over a 7 day week.

The Romans also inherited the 7 day system from the Babylonians, and officially began using the 7 day week under Constantine in A.D. 321.

What’s in a name?

It was the Romans who first gave a name to each day of the week. Using Latin, they named the days after their gods and corresponded them to their planets, which – for them – included the sun and moon. For example, Sunday was named after the sun (“solis” in Latin). Spanish, French, Italian and other Romance languages still use the Roman day names, as you can see in the chart below: 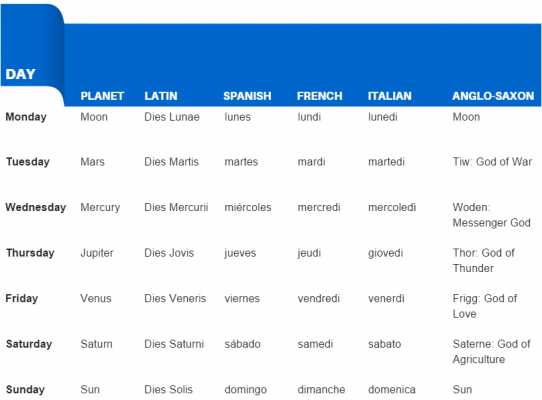 However, as you can also see in this chart, Modern English day names also have an Anglo-Saxon influence. This is because the German and Norse people used the Roman system, while at the same time using their own gods in place of the Roman gods.

Both Indian and East Asian traditions also used planets to name their days of the week. Chinese, Japanese, Korean, Tibetan and Mongolian day names are based on the sun and moon, as well as the 5 elements in East Asian philosophy: Fire, Water, Wood, Metal and Earth.

So the next time you say, “Thank goodness it’s Friday!” think about how our ancient ancestors would have loved the phrase. They did, after all, name the day after their goddesses of love!