Subtitles vs Dubbing: K-Dramas Have Re-Ignited The Great Debate! 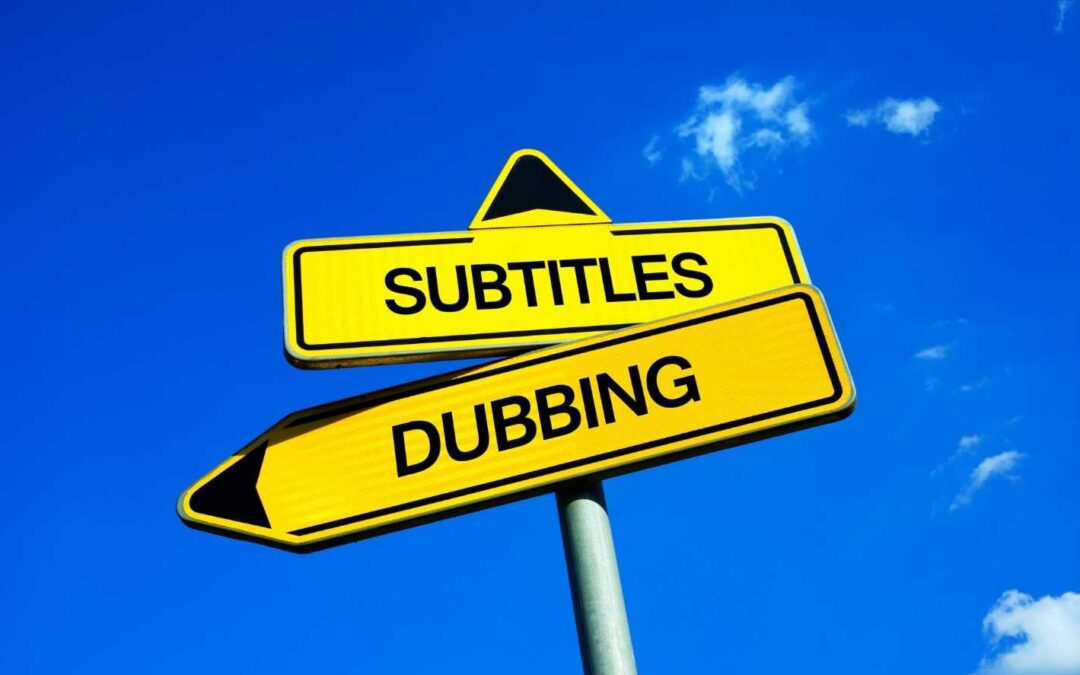 Korean dramas, or K-dramas, have taken the world by storm. With their addictive storylines and passionate fans, it’s no wonder these shows are so popular. K-dramas have been gaining popularity all over the world for years now, but thanks to Netflix they have really taken off in the past year or so. And with their popularity, a longtime debate has found itself in the headlines yet again: Subtitles vs dubbing!

Hwang Dong-hyuk, who is the creator of the global K-drama hit, Squid Game, brought the age-old question back to life when he was interviewed by Good Morning America recently. He told fans to watch the series with subtitles, not dubbed. The reason, he said, was that it was best enjoyed with the original actors’ voices. Some of his fans agreed… and some did not!

The same debate also came up after Korean-language film Parasite, won an Oscar for Best Picture in 2020. And so, as a leading foreign language voice over and subtitling studio that’s been in business for 20 years, we thought we’d weigh in on this controversy!

Let’s start by talking about the differences between subtitling and dubbing.

Subtitling and dubbing are both processes of translating and presenting a film or television show in another language. While they have some similarities, they also have some key differences.

Subtitling is the process of translating and localizing a film or TV show’s dialogue into another language and displaying it onscreen as text.

Dubbing (also known as voice over) is the process of recording a new audio track for a film or TV show in a different language. This can be done with the original dialogue, or with new dialogue specifically written for the dub. Dubbing is often used for films and TV shows that are intended for a foreign market, as it allows them to be more easily understood by people who don’t know the original language.

The heated debate between subtitles vs dubbing

There are many reasons why people might prefer movie subtitles vs dubbing. In the end, it is really about personal preference. Below we’ve listed some popular opinions we’ve heard over the years about these subjects.

Dubbing can be distracting and make it difficult to follow the plot of the film. There are a few reasons why dubbing can be distracting to some viewers. First of all, the voices of the original actors are often replaced with voices that are not as well-known or familiar. This can make it difficult for audiences to connect with characters. Additionally, if dubbing is not done professionally, the lip-syncing can be inaccurate – causing further disconnect for the audience.

Dubbing removes all of the actor’s original expressions and intonation, which can change the entire meaning of a line or scene. For example, in the French film Amelie, the main character tells her love interest that she will love him ‘eternally’. The line was originally delivered with a lot of emotion and intonation. However, when it was dubbed into English, the line was delivered in a flat monotone, completely changing the meaning.

Subtitles allow you to read along with the movie, which can help you to follow the plot more easily. In addition, subtitles can show important visual cues that help to explain the plot.

Subtitles are helpful for deaf or hard-of-hearing people, who may not be able to hear dialogue when it is spoken on screen.

Subtitles can help viewers learn new languages. People who want to learn a new language often turn to television and films as a way to immerse themselves in it. While this is a great way to learn, it can be difficult to follow the dialogue when you don’t know what the words mean. This is where subtitles come in. Subtitles provide the translation of all the dialogue, which allows viewers to follow along and learn new words. Subtitles can also help with pronunciation, as they provide an audio guide for how the words should be pronounced.

You can actually focus on the plot of the movie rather than trying to read the subtitles. This is especially helpful when the dialogue is fast-paced or when there are a lot of characters on screen.

You can hear the actors’ voices in your own language. This can make it easier to understand the plot and characters’ motivations and better emerge yourself in the film.

It’s easier to multi-task and do something else while listening to (versus reading) the dialog.

We feel that subtitles and dubbing can BOTH broaden horizons.

At Metro Audio and Video, we can’t choose sides because we feel that both formats are equally important for audiences! Voice overs and subtitles help us understand what is happening in the film and make it easy to follow along with the dialogue. They also have a huge impact on how we perceive films from other cultures and languages because they allow us to watch them without understanding the foreign language. In terms of K-Dramas, this is great for people who don’t know any Korean or those who want to learn more about Korean culture by watching their favorite films dubbed or subtitled in English!

Now that we’ve broken down the differences between dubbing and subtitling, head over to our Facebook, LinkedIn, or Twitter pages and take our latest poll. We’d love to hear what you prefer!