Wondering How to Get Into Voice Acting? Don’t Miss This Guide! 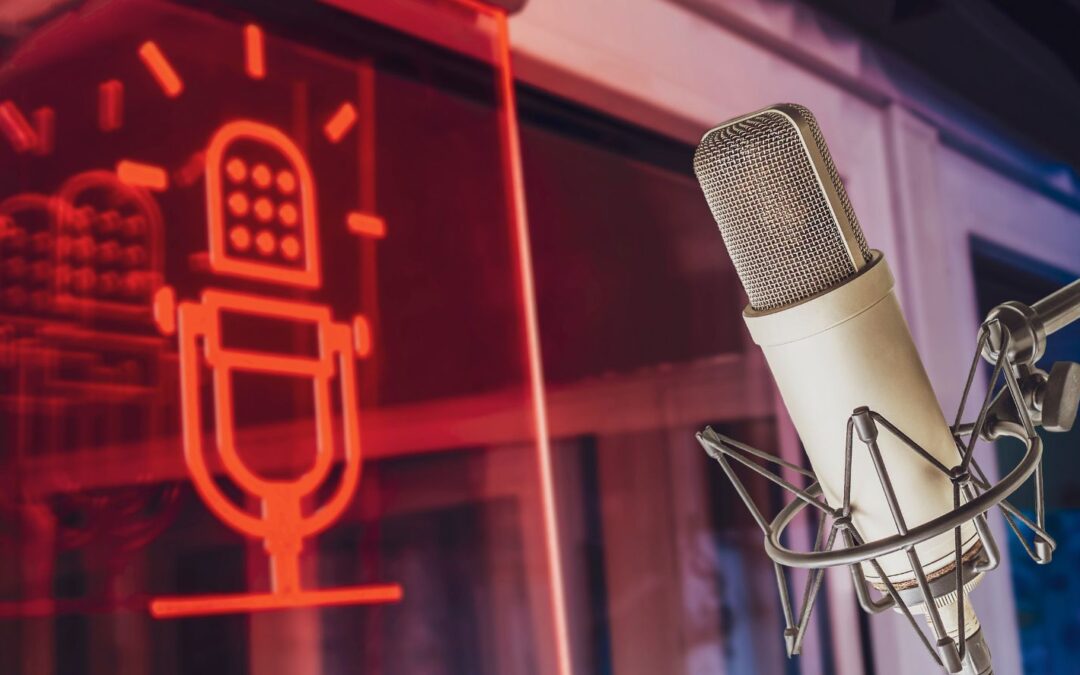 Have you ever wanted to be the voice of a character in an animated movie? Or maybe you’ve dreamed of being the voice of a video game hero. Voice acting is a unique and rewarding profession that allows you to use your voice to bring characters to life.

If you’re thinking about breaking into the world of voice acting, now is a great time to do it. Voice actors are in high demand due to the growing popularity of audio content.

For example, The Digital Journal reported that the audiobook market is expected to reach 19.39 billion by 2027.

It’s also expected that audio advertising will increase 6.4% this year alone. This is no surprise, given that 90% of people 18 and older in the U.S. listen to the radio every week, and podcasts have 424.2 million listeners this year.

Add all of this to the fact that 86% of businesses use video to market products and services… and it’s easy to see why more and more businesses are looking for talented voice actors to help them create engaging content.

These trends are only expected to continue, creating many opportunities for voice actors with the talent and drive to succeed.

Yet, before you begin your journey into voice acting, there are a few things you should know. In this blog post, we’ll give you an overview of the voice acting industry and some tips on how to get started. We’ll also share some resources that will help you learn more about the craft and find work as a voice actor.

What is a Voice Actor?

A voice actor is someone who provides voiceovers or narration for various media including TV, movies, radio, audiobooks, corporate e-learning courses, video games, and more. Voice actors often have a wide range of styles and techniques that they use to create different characters and moods. Voice actors can be men or women, adults or children but they all have one thing in common: their talent for telling stories through sound.

While many people might think that being a voice actor is all about having a great voice, there’s actually much more to it than that.

If you’re interested in becoming a voice actor, there are a few things you’ll need to get started.

First and foremost, you’ll need a good microphone that captures a warm sound. This is essential for producing the best results. A warm sound will help mask any unwanted background noise and make the recording sound more natural. It’s also generally more pleasant to listen to and less likely to cause listener fatigue. The Neumann U87 is the most popular choice for voice actors, as it’s the standard in the industry.

You’ll also need a professional studio setup, complete with soundproofing. This will eliminate any external noise that could interfere with the recording. The soundproofing will also help to create an acoustically-neutral environment, which is essential for creating clear and accurate recordings.

With the right tools like these, you’ll be well on your way to becoming a successful voice actor. 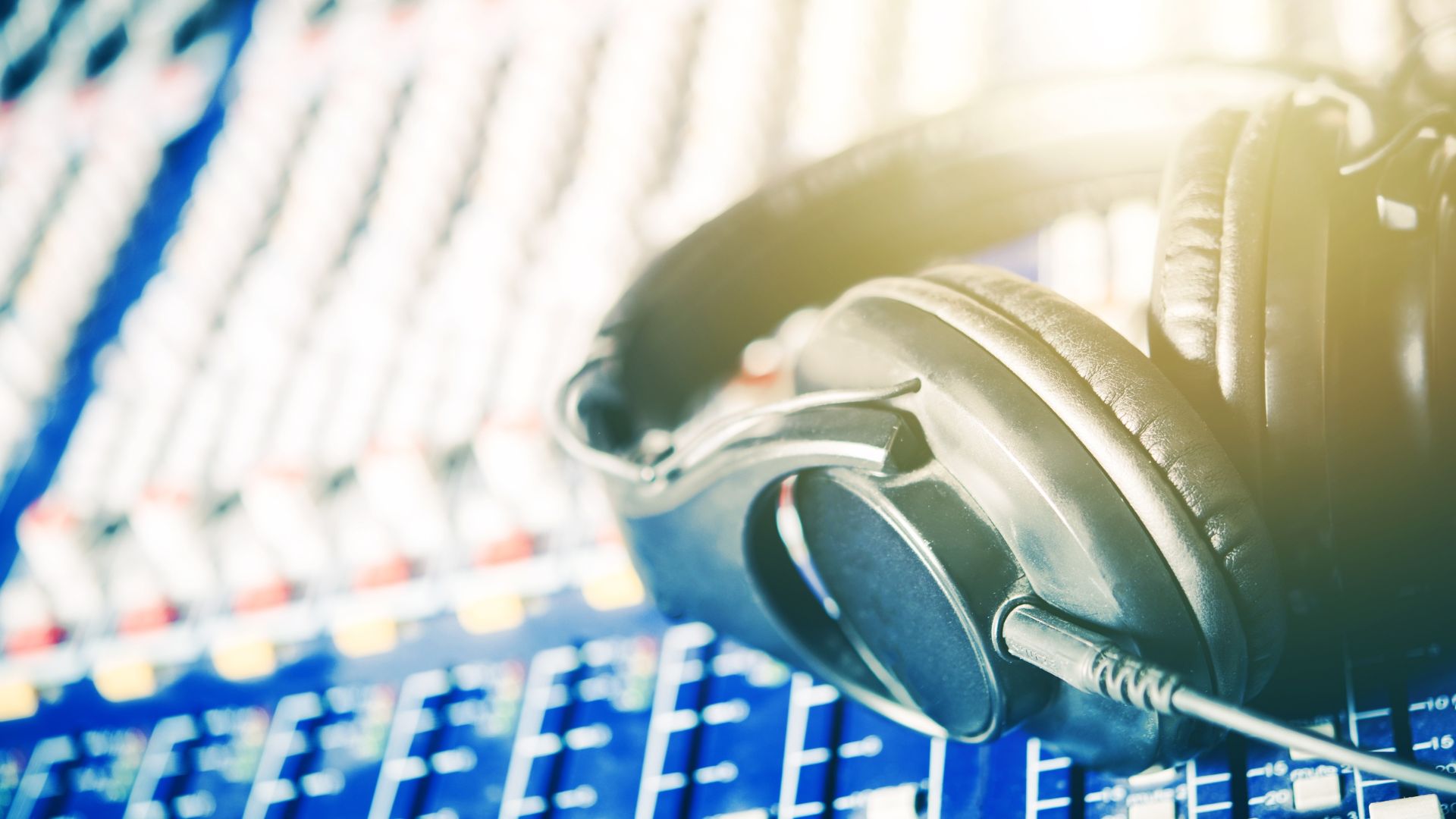 Different Types of Voice Over Work

If you’re interested in pursuing a career in voice over work, it’s important to research the many different types of voice overs and find the one that best suits your skills.

Some of the most popular types of voice over work include:

Commercials:  A commercial voice over is a short message that’s meant to sell a product or service. They are among the most popular types of voice work on TV, radio, and online.

To be a commercial voice actor, you’ll need to use a friendly, inviting, and enthusiastic voice. It’s also helpful to have some acting experience, as this will help you bring the script to life.

Some of the most popular commercials with voice overs are for products such as cars, food, phones, home improvement items, and soft drinks.

Animated Films: To be a voice actor in an animated film, you must have the ability to bring a character to life with your voice. This involves being able to change the inflection and tone of your voice to fit the mood and personality of the character. Additionally, you must be able to read the script and understand the story being told in order to deliver your lines in a clear and concise way.

Some popular animated films that feature voice actors are Frozen, Up, The Lion King, and Finding Nemo.

Dubbed Foreign Language Projects: If you’re interested in becoming a voice actor for dubbed foreign language projects, there are a few skills you’ll need to develop. First, you’ll need to be able to speak the foreign language fluently. You’ll also need to have a good understanding of the culture of the country where the language is spoken. This will help you to understand the context of the language and to deliver the lines with the appropriate inflection.

In addition to these two key skills, you’ll also need to be a good actor who can deliver the lines with feeling and emotion.

An example of a Latin American Spanish voice over

Transit Voice Overs: Transportation-related voice over acting generally requires a more relaxed and natural sounding delivery than other types of voice over acting. The transportation industry encompasses many different products and services, from cars and trucks to trains and planes. And each of these has its own unique advertising and marketing needs.

Video Games: Voice acting has been a staple of video games since their inception. Good video game voice actors can breathe life into characters and make them feel real to the player.

Some of the most popular games with voice overs include “Overwatch,” “League of Legends,” and “Borderlands.”

Check out a sample of a Brazilian Portuguese voice over that we did for “The Last of Us” video game.

Audio Books: To be a successful voiceover actor in the audio book industry, you need to have a clear and pleasant voice, excellent diction, and the ability to read long passages without sounding monotone. It’s also helpful to have some experience acting or performing.

E-learning Courses and Corporate Training Videos: Voice over artists who specialize in e-learning courses and corporate training videos need to be able to read and understand complex material. This can be anything from financial reports to technical manuals. They also need to be able to break down this material into bite-sized pieces that are easy for learners to digest. In addition, they need to be able to deliver their lines with enthusiasm and energy. This is what will really bring the material to life for learners and help them retain what they’ve learned.

While there is no one-size-fits-all answer to what it takes to get started in voice acting, there are some basic steps you can take to start training.

For example, it’s important to find the right teacher or voice acting coach to help you develop your skills. A good teacher can teach you the basics of technique, help you to understand the industry, and give you the confidence you need to succeed.

There are many different teachers and coaches out there, so it’s important to do your research and find one that’s right for you. You can ask around for recommendations, read online reviews, or even take a class or two to test out a few different options.

We recommend that you check out Master Class: Nancy Cartwright Teaches Voice Acting. Cartwright, who is a voice talent best known for her role as Bart Simpson on The Simpsons, teaches the class. She focuses on the importance of vocal identity as well as creating a distinct character for your recording.

We also recommend that you check out our monthly blog which is packed with valuable information for voice over artists, including how to get ready for a project.

The Best Ways to Market Your Voice Acting Skills

As a voice actor, marketing yourself is vital to finding work and furthering your career.

One of the most important things you can do is to create a demo reel that showcases your best work. It should be recorded in a professional studio, using the right equipment to show your best abilities.

You should also have a strong online presence. This can be done by setting up a professional website and social media accounts.

Additionally, networking is key in the voice acting world, so be sure to attend industry events and meet as many people as you can.

When auditioning for a voice actor role, it is important to be prepared and to stand out from the other auditionees. Here are some tips on how to do just that:

– Research the character you are auditioning for. Study the script and get a feel for the tone and personality of the character.

– Choose a style that is unique to you. Don’t try to imitate other voice actors, be yourself and let your own personality shine through.

– Make sure your audio quality is top-notch. No one wants to listen to a muffled or scratchy recording.

Working for a Voice Over Agency

As a voice artist, you may be wondering whether you should work with a voice over agency or if you’re better off going it alone. While there are benefits to both, there are some compelling reasons why you should consider working with an agency.

For one, agencies have established relationships with a wide range of clients, which means they can connect you with a greater variety of work. They can also provide you with resources such as equipment and studios. And, perhaps most importantly, agencies can provide you with the support and guidance you need to help you grow and succeed in your career.

Keep in mind that the voice over industry is very competitive, and to be successful working with an agency, you’ll need to have a standout voice and be able to deliver stellar performances (like those of our amazing voice over talents)!

While there is no one way to become a voice actor, we hope these tips will help you get started. To learn more, make sure you like and follow us on Facebook, LinkedIn, and Twitter. You can also sign up for our monthly e-newsletter, where we share the latest  news and tips from the voice over industry!